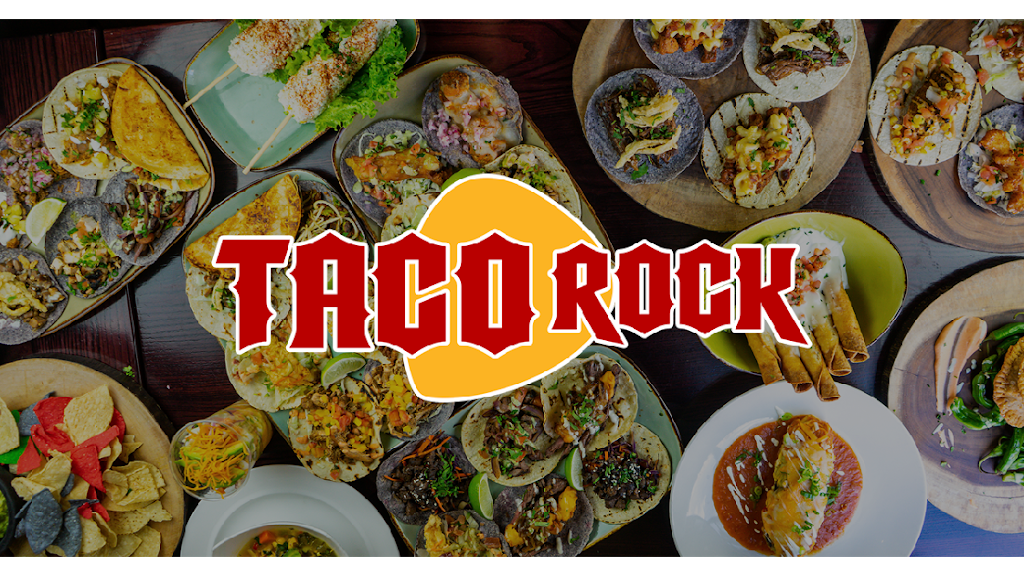 If you live — or want to live — in Northern Virginia, you know we have some great restaurants and we’re always excited when a new place is coming. That’s why we’re thrilled to hear that Restauranteur Mike Cordero and his team are on a roll, bringing one of their popular fast-casual taqueria and tequila bars, Taco Rock, to Birch & Broad in Falls Church.

Taco Rock- Falls Church — the third and largest Taco Rock in the greater DC area — is set to open in October. This popular spot for affordable, gourmet tacos served on original recipe homemade Blue Rock Tortillas will land at 1116 West Broad Street in the Birch & Broad shopping center, formerly Falls Plaza, which is currently under renovation.

What was once a retail space is being transformed into a 2,815-square-foot taqueria and tequila bar similar to its Rosslyn and Alexandria locations.

As with other Taco Rock locations, food meets fun, with metal accents and musical decor rounding out the vibe as diners enjoy a variety of tacos – like Al pastor, Lengua, Steak, and what Cordero tells us has been the most popular, Birria. There are options for vegetarians as well and desserts for a sweet finish. Dessert items include crispy stuffed churros, with an assortment of cream fillings and gourmet ice cream tacos made to order.

While prices are per taco, portions are large, and the menu is extensive. There’s truly something to rock every taste!

Taco Rock Falls Church doesn’t just have a large menu, it has a large space as well, with a roomy interior and a substantial outdoor patio — that seats 100 guests! — and will feature heat lamps and large garage door front windows that access the open-air space for alfresco dining.

Don’t miss Taco Rock Falls Church’s main focal point, its iconic giant guitar jutting out from the ceiling and spanning the length of the entire restaurant. New to this location, though, is a giant screen that will showcase old-school mixed videos.

Taco Rock is open daily for breakfast, lunch, and dinner and offers takeout and delivery that include to-go cocktails.