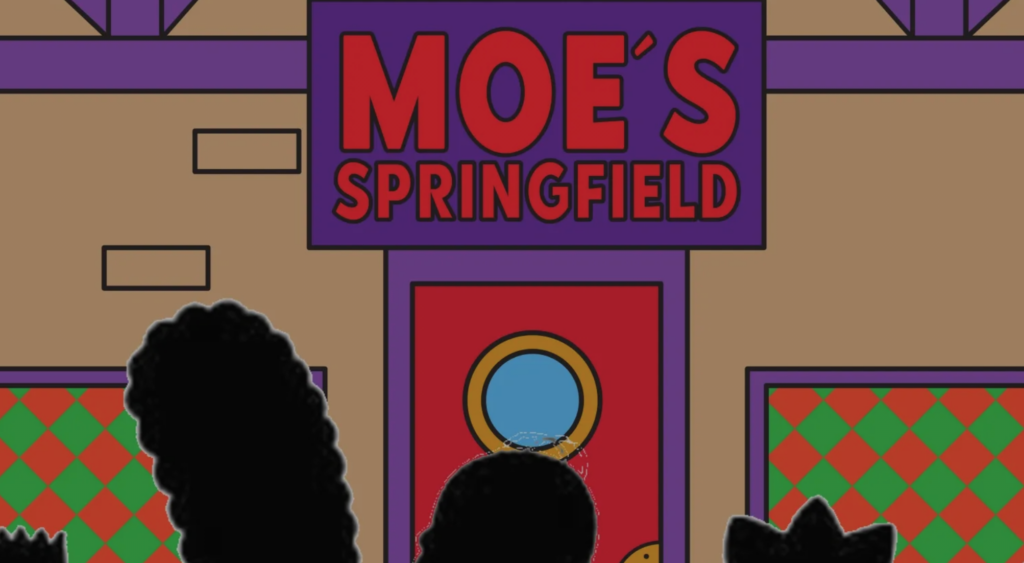 While it’s not quite true that there’s a community called Springfield in every state, it is a common neighborhood name. In fact, it is common enough for the long-running animated series “The Simpsons” to argue that “every town is Springfield,” though Springfields only exist in about 34 states.

Despite the fact that there is a Springfield in Virginia — or maybe because there is one — the ‘toons are bringing Springfield… to Springfield!

For a limited time, a replica of Moe’s Tavern, the iconic bar venue where Homer likes to saddle up to the bar and drink cold beers, is opening up in Springfield Town Center.

In the show, Moe’s Tavern, or simply Moe’s, is the local Springfield watering hole named after its owner Moe Szyslak. But in the pop-up iteration coming to Springfield Town Center, the Simpsons-inspired parody bar isn’t actually a bar at all — though you can buy a cold beer on site.

Instead, the place is a family-friendly fan experience where visitors can relive moments from their favorite episodes, act a little like Homer, and even pose for photo opps in the reimagined venue. And of course costumes are encouraged!  This is the ultimate opportunity for Simpsons superfans, or just those who like kitschy experiences.

Tickets are required to make reservations, priced between $32 and $89. Inside, guests will enjoy items from Moe’s Pop Up’s menu, which features subs, wings, and salads as well as Duff’s Beer, and soft drinks, of course.

If the pop-up is anything like what we’ve seen on the animated series, we’re expecting red and green diamond windows, a few pool tables, a dartboard, a “love tester machine,”  a bull-riding machine, a cigarette vending machine, and a jukebox. True fans know there would have to be the jar of pickles that always sits at the bar counter as well.

Moe may still be using the women’s restroom as an office, and the back room may be the operations center for a plot to kidnap Shamu… but we’re hoping that the pop-up version is a bit brighter and less smelly than the actual (cartoon) one on the Simpsons show. You’ll have to go for yourself to find out!

Moe’s Tavern will be open in Springfield Town Center (6500 Springfield Mall, Springfield, VA 22150). Moe will be reading to the homeless (as he does) earlier in the week, so the pop-up is only open on Fridays, Saturdays, and Sundays from November 19 through December 11, 2021. *Moe’s Pop Up is a fan-parody and is not associated with The Simpsons.

LIST WITH ELIZABETH® loves sharing about the fun things happening in our community. Check back often to see what’s happening around the neighborhood — and be sure to contact us to see what properties may be available so you can make this fun place home for you, too!